I love traveling. Whether it’s for work or pleasure; I always find ways of enjoying all the places I visit. This past weekend my destination was Narok West, for work purposes not leisure but I had fun all the same. My colleagues, Members of the National Government CDF Board and the Members of parliament select committee on National Government CDF, headed on a project inspection tour in Narok West constituency. Project inspection tours are important as they allow listening, gaining further understanding, identifying existing and potential hazards and recommending corrective action on a timely basis. National Government Constituencies Development Fund (NG-CDF) formally Constituencies Development Fund (CDF), is a fund that was established in 2003 through an Act of Parliament. This Act was later succeeded by the current NG-CDF Act 2015 and its main purpose is to enhance socio-economic development at the constituency level in order to reduce poverty. The fund is managed by the National Government CDF Board (NG-CDF Board) and among the many functions of the Board is Monitoring and Evaluation which was our main reason for the trip to Narok West Constituency.

Ideally, the business/work traveller needs to be close to the venue or site they are visiting, because, no one wants to waste time travelling to and from the venue. This time round Masai Mara was our venue; all projects that we were visiting were so close to Masai Mara. We checked ourselves in at Keekorok lodge a day earlier so as to familiarize ourselves with the surrounding before embarking on the project inspection tour. The hotel organized a game drive at around 4.30pm and we got to experience the magic in the Mara! The number of tour vehicles we came across made me forget that we are living at a time when the world is going through the Corona Virus Pandemic. It felt like business is back to normal in the Mara! Or could it have be the Great Wildebeest Migration which happens annually around July, August to September that coincided with the resumption of travel in Kenya?

Well, we saw Wildebeests and Zebras everywhere and this was precisely because they had just migrated from Serengeti in Tanzania to Masai Mara in Kenya. The Covid 19 pandemic had subsequently encouraged more local travel and it was great seeing all those people in the Mara documenting the Migration. At one point we witnessed the Lioness hunting down a Wildebeest; it pounced and killed it to the cheer of ‘us’ local tourists who were watching. Lionesses are real hunters and motherly at the same time. They attack and kill, then let the kids enjoy the meal to their fill as they watch and protect them from outsiders who might want a bite from their meal. This hunt made me realise that no matter what you do in life, private or work life, strategy and patience are key! You can never under estimate the power of strategy. The lioness strategized and patiently waited to attack. And because the strategy was well executed, the mission was accomplished successfully. Goal achieved! 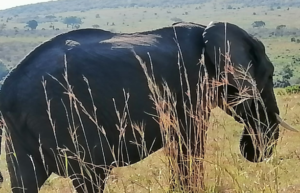 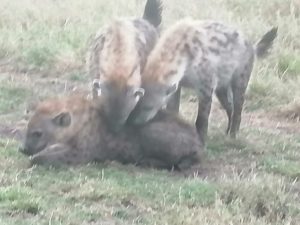 Indeed constituencies differ in terms of vastness and challenges they each face and should be judged accordingly. Narok West is vast with 4 big County Assembly Wards namely; Mara, Ilmotiok, Siana and Naikarra. It stretches 5,452 square kilometres and has 75,730 eligible voters. Narok West Constituency is bordered by Bomet County to the west, Narok South Constituency to the east and the Republic of Tanzania to the south. It is inhabited by the Maasai, Kipsigis and Ogiek communities though other tribes such as the Kikuyu, Kisii, Luo and Luhyia can be found mostly in urban centres. The Maasai constitute most of the population.

Narok West has its headquarters in Lemek town. The district is well known for being the district where the Maasai Mara national game reserve is situated which, alongside the

Serengeti in the republic of Tanzania is the setting for the 7th wonder of the world: the annual wildebeest migration. The game reserve is the most prominent tourist destination in East and central Africa. It`s a huge resource to the Narok County, contributing almost its entire annual revenue.

Since 2013/2014 financial year Narok West Constituency, has received a total of Ksh. 752,822,274.72 from NG-CDF for development purposes. We start counting in 2013 because that is when the implementation of the new constitution dispensation took effect and the new constitutional dispensation saw the Independent Electoral and Boundaries Commission of Kenya divide the Narok South Constituency into two Narok South and Narok West constituencies. 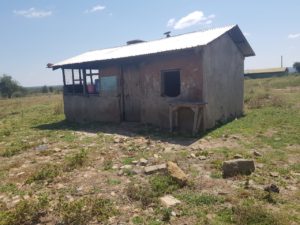 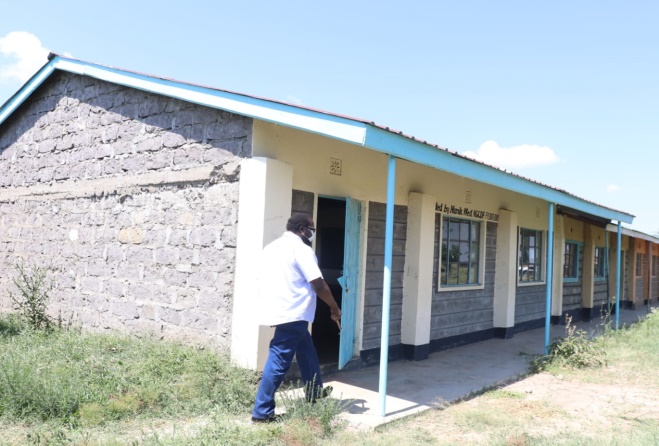 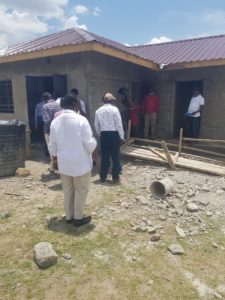 Most of the schools in this constituency are boarding schools because operating as day scholars in such an environment can be so risky. Chances of being eaten by wild animals before getting to school are so high. During our visit to some of the projects, the locals were keen and kind enough to warn us of holes on our way saying that most of those holes are hideouts for snakes.

With the high number of schools spread across the constituency, with some of them close to the Tanzania boarder, It will definitely be a while before the impact of NG-CDF is totally felt in this region. This is mostly because of the projects being thinly distributed to every corner of each ward to avoid complaints from the locals of being side lined.

The road network is also a big challenge in Narok West Constituency. Some roads are unclassified and therefore miss out in the government yearly plan of road maintenance. During our tour we were unable to get to one of the scheduled projects for inspection because the road was breaking into two and our ‘4 wheeled vehicles’ could not pass. The area member of parliament, Hon. G. Tong’oyo, said that it is so hard to get building materials to some of those places because of the poor road network. They were even forced at one time to reallocate funds from one school because they could not access the project site for over six months due to bad road network.

No vehicle could move past this area… This is the total opposite of town constituencies where monitoring of all wards in the constituency can be done in one single day because of the close proximity of the wards to each other. 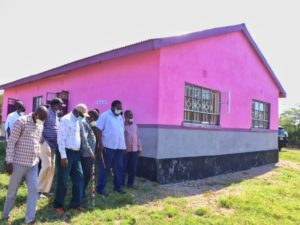 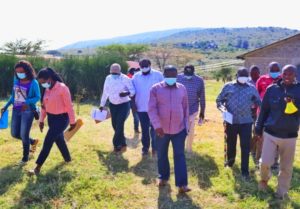 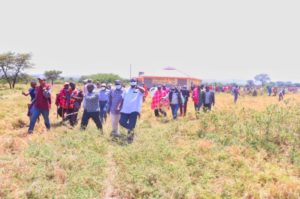 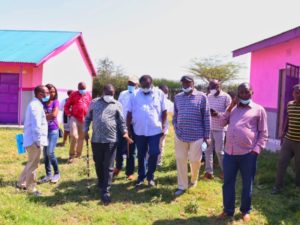 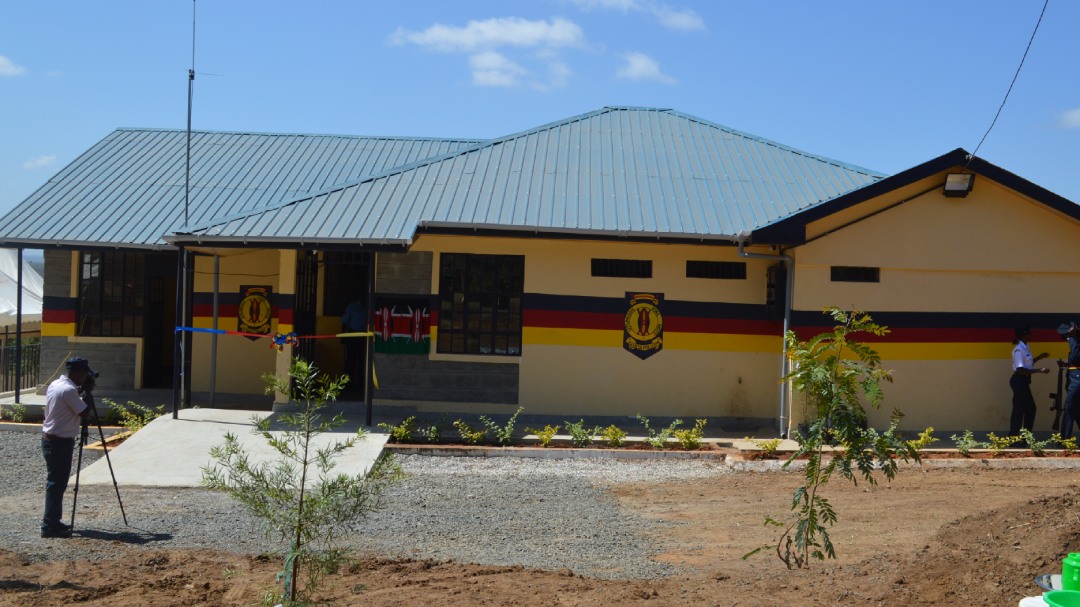